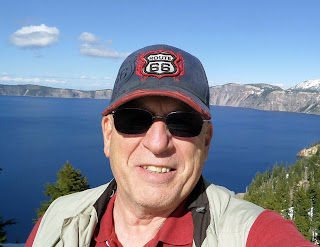 (expanded details, for anyone interested, are included at the end of this page)

How to live free in an increasingly unfree world is becoming a quest for more people everyday. Too much has finally become too much. Many are simply seeking a simpler, downsized and economical lifestyle. They're also looking for ways to live with the least number of laws, rules, regulations, ordinances, covenants, codes, limitations and restrictions controlling and impacting their lives. We are born free and it's natural to desire to live our lives realizing the most personal freedom and happiness we can, as we individually define these qualities and values.

I've lived well. I've had lots of nice vehicles. I've lived in many nice homes in nice places. I've had lots of clothes, traveled widely and realized some success in business. Ultimately, I reached a point where I realized I just had too much and it was controlling me rather than me controlling it. To that end, I began this blog in February 2008. It is, on the one hand, a journal of my life journey to gain as much personal freedom and happiness as I can. While, on the other hand, it's a series of essays, reviews and quotes encompassing thoughts, ideas, philosophies, questions, observations, tips, techniques and resources written with the intention of assisting you in your own pursuit of personal freedom and happiness.

I hope you gain some insights, are a bit entertained and, perhaps, find some answers and/or solve some perplexing issues. Please subscribe to the blog, become a regular reader and share it with others.

I’m a certified former Jersey boy - born and bred, lived and educated in Clifton, New Jersey for the first 22 years of my life.

-I was an average kid, the oldest of three, from a typical New Jersey middle class working family.
-I earned my amateur radio license at age 14 and still maintain my license - WA2FMT.
-I'm a non-conforming, lifelong, serial entrepreneur.
-I'm single and the father of an adult son, a freelance graphic designer and world traveler.
-I'm a what you see is what you get (WYSIWYG) kind of guy, no pretenses and ego very under control.

ABOUT MY MILITARY SERVICE

U.S. Air Force, enlisted/NCO, radio program writer, producer, production engineer, voice talent for Secretary of the Air Force in Washington, DC; produced hundreds of hours of syndicated radio programs and other productions for the Air Force; involved with recording sessions in Nashville, Hollywood and Washington, DC during my tour of duty, 1970 - 1973. I'm a Vietnam era veteran.

ABOUT MY PROFESSIONAL CAREER

As a serial, lifelong entrepreneur (beginning at age 12) I've owned and operated numerous businesses before, during and after military service. Audio-Video Concepts, Inc. (AVCon) was the continuation and expansion of my early New Jersey and Syracuse business in Washington, DC during the 1970's. It grew rapidly and by age 30 I had a small, influential business with nearly 30 employees, cutting edge media technology and an impressive client list. Since military service I’ve owned and operated:

ABOUT MY POLITICAL POSITION

My political stance is very simple - I'm apolitical. On some issues I tend to lean conservatively. On other issues I lean a bit more liberally. In general I'm more conservative than liberal. I am not now and have never been affiliated with either of the two controlling political parties. By some, I'm considered a Libertarian, although that's probably stretching it and I don't like labels.

ABOUT MY NEW LIFE

On November 1, 2008 I left the horse ranch I’d lived on for 6 years to begin my life as a "location independent" vagabond." I travel and live in a ’94 high-top Ford conversion van, always a work in progress. I carry computers, digital recorders, various still cameras and camcorders, peripherals and other necessities making me a “tech-nomad.” I devote my time to writing/blogging and creating books and information products. I provide some freelance audio production services, publishing consulting and conduct seminars/workshops and retreats.

My “Living Free” Mission: To live as freely and happily as possible, seeing and learning everything I can, meeting everyone I can and sharing how to live freer, simpler and happier lives with others through my traveling lifestyle.

My Life Mission: To leave this campsite (Earth) a little better then I found it.

ABOUT MY VAN aka "MY McVANSION" 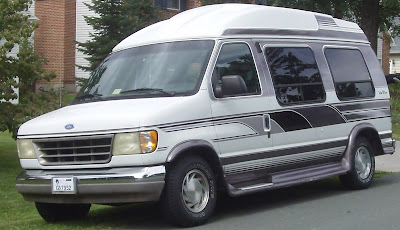 Behold "My McVansion," a 1994 Ford, E150, Turtle Top, raised-roof, conversion van continually undergoing improvements and renovation as a very basic Class B motor home or van dwelling. The vehicle, with relatively low mileage, is very sound. It is my "motorized magic carpet" and my "tin can tent" for exploring the North American continent.

ABOUT THE BLOG - continued

The blog is not, by intent, meant to be political in nature. However, unless we live in a small, untouched by civilization, primitive tribe in some outlying undeveloped part of the planet, we are all impacted by politics. So, from time to time there will be some political undertones or overtones in some of the articles.

Political correctness, by its very nature, is a suppression of free speech, thoughts, feelings and freedom typically imposed by some governmental entity at some level. This blog does not adhere to political correctness. I'll say what I mean and mean what I say. I will never say anything to intentionally offend or denigrate any individual or group. If you interpret it that way, it's because of where your thinking is and you have that right. I don't apologize for being who I am or how I think and feel.

I love Harry Truman's very simple and clear definition of political correctness when he was writing to General Douglas MacArthur at the end of World War II, "Political Correctness is a doctrine, recently fostered by a delusional, illogical minority and promoted by a sick mainstream media, which holds forth the proposition that it is entirely possible to pick up a piece of shit by the clean end!" Old Harry didn't mind saying what he really meant.

It's not my manner to use foul language, innuendos or slurs that might be considered racist by the politically correct, but like Harry Truman, sometimes you simply have to call a spade a spade and an idiot an idiot. Again, I will not apologize for exercising my freedom of speech, but know that I use the language not for shock value, but because it best expresses my feelings and emotions at that moment.

I write this blog for you, the reader. I know what's in my head, so I'm not writing it so I know what I'm thinking. I'm writing it so YOU know what I'm thinking. I don't profess to be a great guru, possessor of some "gift" or be all, know all savior or messiah. I'm simply another human attempting to make the best of this gift of life I've been blessed with and, maybe, help a few other people realize how to do the same, ultimately making this a tiny bit better world. Please feel free to opine. I want, appreciate and respect your comments and feedback. I'd like this blog to be a dialog and an exchange of thoughts and ideas. I hope you gain some insights, are a bit entertained and, perhaps, find some answers and/or solve some perplexing issues. Please subscribe to the blog, become a regular reader and share it with others.

ABOUT MY EDUCATION - continued

Undergraduate - “majored” in Extracurricular Activities and “minored” in Industrial Arts, teaching certification, K-12; member, Epsilon Pi Tau, Industrial Arts Honor Fraternity; selected as “Outstanding Senior” of my class; started the campus amateur radio club; founded The Voice of Montclair State, the campus radio station now operating continuously for 48+ years in the New York City metro area; work scholarship for the Audio/Visual Center where I was introduced to the live concert sound and recording industries that became my lifetime career; assistant to Director of Student Activities and managed all campus events for all groups and organizations.

ABOUT MY PROFESSIONAL CAREER - continued

I also:
-spent ten years as principal sound designer for a highly regarded community theater.
-provided voice-overs for many information and educational audio programs, audio books and other audio and video productions.
-created, produced and distributed SuccessTrax®, an internationally distributed audio magazine on personal and professional development
-designed and built recording studios and various kinds of recording and sound systems for various applications for a number of clients.
-dabbled in several multi-level/network marketing businesses.
-provided a variety of consulting services.
-spoken professionally.
-was a member of the National Speakers Association for a quarter century.
-founding member of the Washington, DC Chapter of the NSA over 35 years ago.
-coordinated an annual retreat for 12 years for a group of veteran professional speakers at which we recognized several speakers each year with the coveted “Legend of the Speaking Profession” designation.

ABOUT MY POLITICAL POSITION - continued

I do not like and have little respect for politics or politicians. I do not consider them, at any level, including the presidency, to be superior to me or me to be subject or subservient to them. While I have always voted, I've come to a point where I don't believe voting really matters to me because I have been so little served by any elected official during my lifetime. Whoever is elected is pretty much the evil of two lessers.

I am not an anarchist, as that word is popularly defined. I simply do my best to live as simply, free and happy as I possibly can without breaking any significant laws of the land. However, I firmly believe that's impossible because no one, including the government, who regularly breaks their own laws, can possibly know all the laws.

And, as I've already stated, I do not adhere to political correctness. I simply do my best to treat everyone fairly, with respect and the best I can and hope to be treated the same. It's my way of living the old fashioned "Golden Rule."

ABOUT MY VAN aka "MY McVANSION" - continued

When I began researching and planning my nomadic lifestyle about eight years ago, a dream I’d had since I was in college, I was planning on a 38’ to 40’ diesel pusher motor coach to accommodate myself, my gear, work space and the capability of having an occasional “ride along” companion. As I became familiar with the costs, not only for the initial acquisition, but also for the insurance, fuel and maintenance of such a behemoth, I began to scale back. I decided I needed something I could own outright with low insurance costs, relatively low maintenance costs, somewhat reasonable fuel costs and the capability of sustaining my vagabond wanderings for at least a year and a half to two years. By that time, I figured I'd be able to determine if I wanted to upgrade to something a bit larger with more creature features . . . or not.

So, this van is my micro motor home. I've reduced my requirements from about 300 sq ft. to about 50 sq ft of rolling living space. The van includes an adequate size bunk, a workstation, portable toilet, a simple galley and adequate storage. The onboard electrical system provides 12 volt DC and 110 volt AC. It is also 110 volt AC capable from external shore power sources. There are both electric and propane gas heating sources for chilly weather, though I avoid that kind of weather as much as possible. Fuel mileage is between 50% and 100% better then with the behemoths I had originally been contemplating. Fuel is my most costly single expense.