One of the best parts of being a nomadic traveler is the people I get to meet along the way. I've met and continue to meet many very interesting and amazing people. Each of them has been uniquely different even though some share certain commonalities, such as being RVers or vandwellers, others have more traditional or very different life styles.

Last Thursday I had the opportunity of finally meeting up with someone many vandwellers are familiar with, mainly, like me, by following his blog. I've followed his blog for several years and have had several email and even a phone conversation or two over the years. But, we just never seemed to be in the same place at the same time to cross paths and ideas. Glenn and I were within about a one hour drive of one another a couple years ago when he was rolling around the east coast, but circumstances didn't allow us to come together. Well, it finally happened. 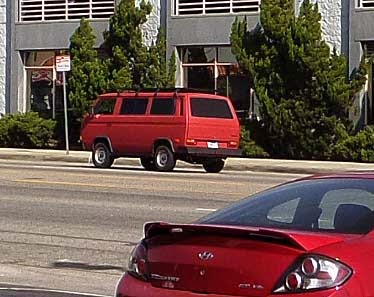 I'm sure everyone who follows the www.tosimplify.net blog of Glenn Morrissette knows his story and recognizes the red VW Vanagon pictured above. This is the 1988 Vanagon Glenn bought a couple years ago to take on as a project and turn into his third official home on wheels.

Glenn and I met at Bud's Donut Shop in Sun Valley (Los Angeles), California to meet up, finally, to sip a beverage, enjoy an hour or so of face to face conversation and discuss matters of a light philosophical nature along with a few that were more pragmatic. It was great to press the flesh and final do some real face time with a vandwelling personality I've looked forward to meeting up with since I first began reading his blog. 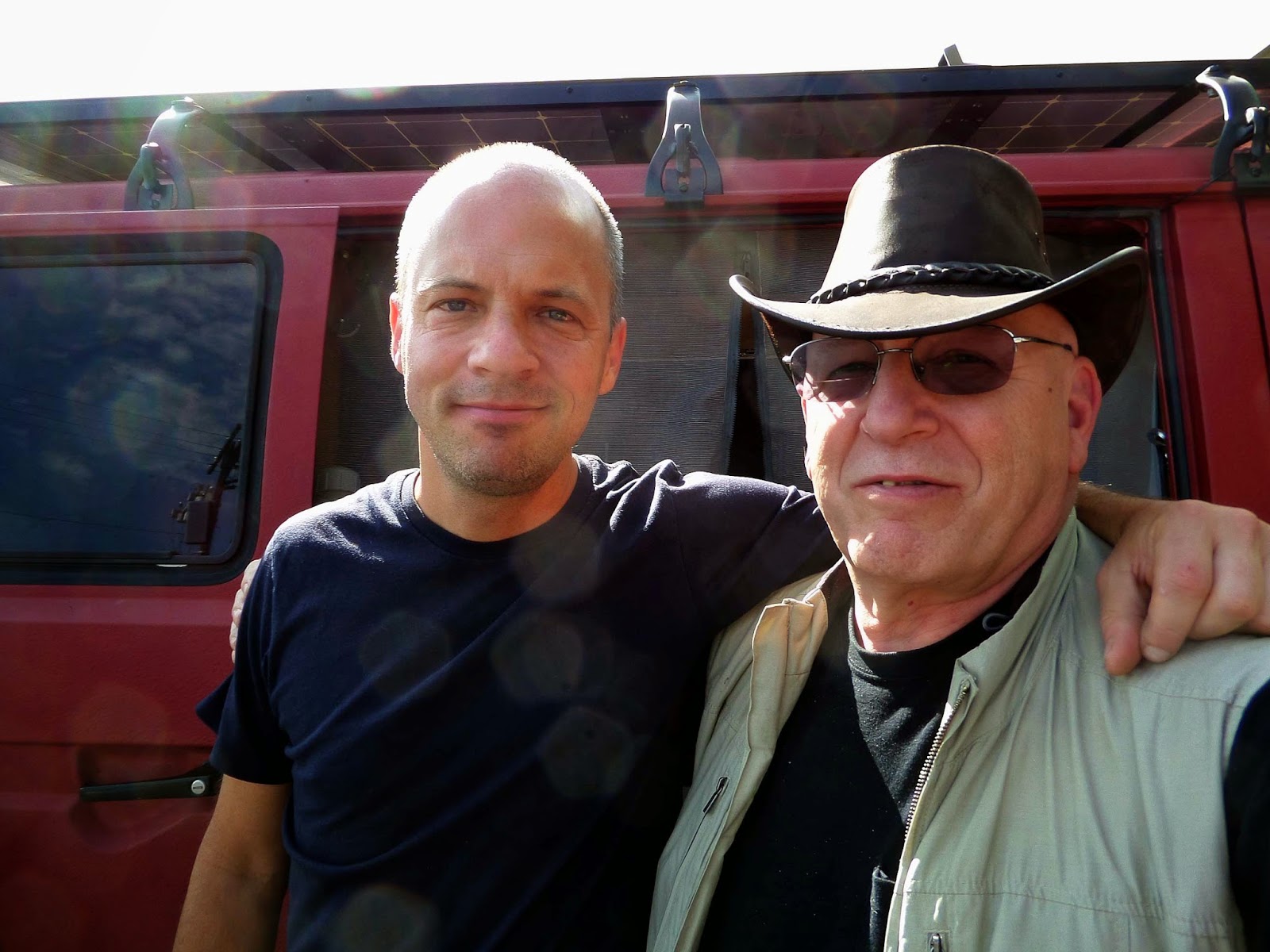 The circumstances of our meeting were a bit restrictive. I, and probably he, would have probably appreciated and enjoyed it more if it had been at some nice camping location with few other folks and no traffic around. Unfortunately, My McVansion was still being worked on, so I was in a borrowed SUV from my son and Glenn was under the pressure of producing a bunch of, as he puts it, black dots on paper for musical arrangements he has been assigned to complete on a tight schedule. So, our meeting was short, but in my case, I get to check off one more of the people on my "hit" list that I'm looking to meet. 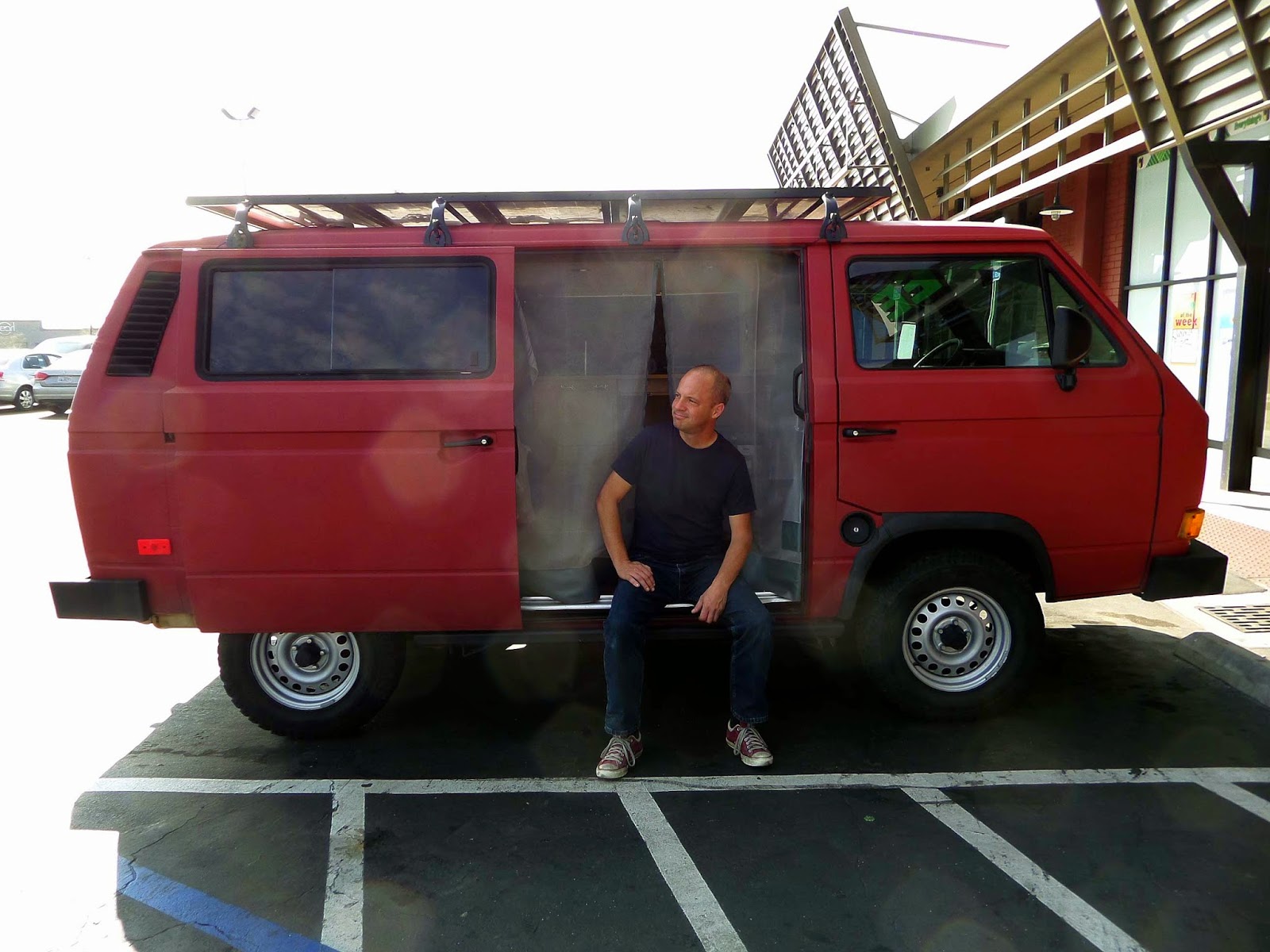 And, of course, I got to see that Vanagon and all the work that Glenn has put into it, including the 500 watts of solar power mounted on the roof. As soon as I get My McVansion back in my hands, I'll be off and heading out to meet numerous other people on my list, RVers, vandwellers and even "normal" people (whatever that means). I currently have a rental car and I've returned to the San Joaquin Valley (central valley), more specifically the Fresno/Clovis area, to revisit friends/family out here.

Great to meet up with you, finally, Glenn. Hopefully, next time we'll do it in a more relaxed environment with time to just lay back and toss the old bull around. Thanks for getting together this time.
Posted by Ed Helvey at 4:12 PM